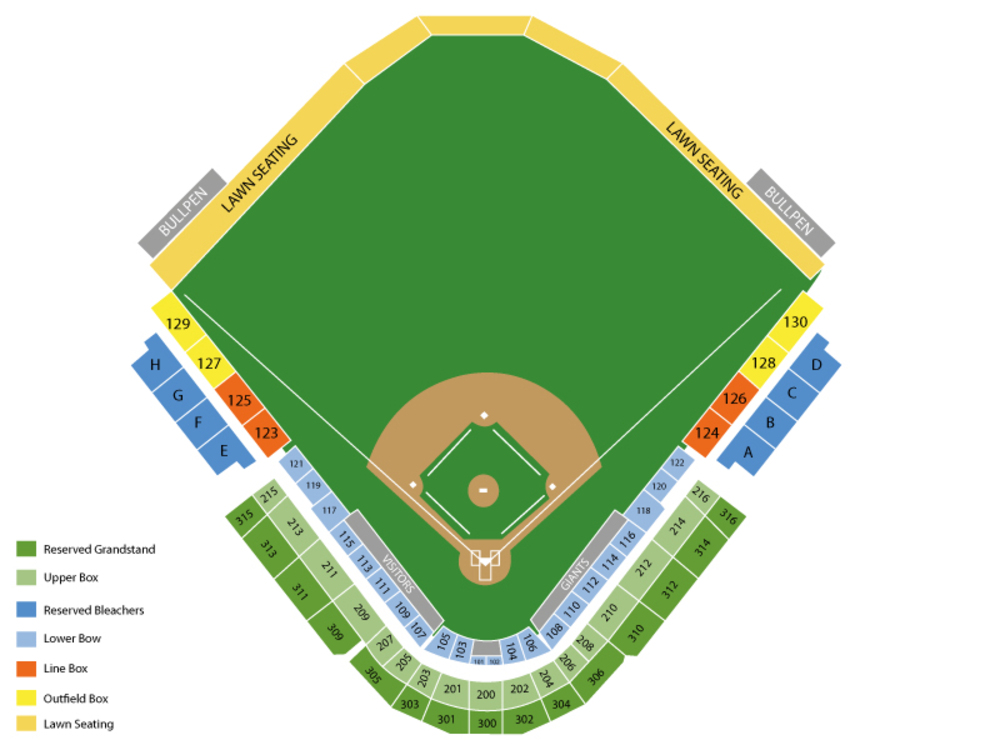 With a pleasant Southwestern design scheme and an efficient layout, Scottsdale Stadium is located in the middle of downtown Scottsdale and is one of the hottest tickets in the Cactus League. It was designed by HOK Sport and it has all the retro decorative touches you'd expect from a HOK park, including lots of wrought iron and brick facades. It features 8,500 fixed seats, with room for 2,000 on outfield berms. Before the Arizona Diamondbacks arrived in town Scottsdale Stadium was the home of the Phoenix Firebirds (Class AAA; Pacific Coast League). This is actually the second Scottsdale Stadium: the first one was built in 1951 and was the former Cactus League home of the Baltimore Orioles, Boston Red Sox, Chicago Cubs, and Oakland A's.