The Boston Bruins of Boston Massachusetts are a professional ice hockey team. Founded in 1924, this team is the first and oldest in the United States, a member of the Original Six Franchise and also a member club of the NHL's Eastern Conference Atlantic Division. The Bruins is also one of the strongest teams that the National Hockey League boasts of.

With the official colours of Black, Gold and White, the Bruins first game was on December 1, 1924 in the Boston Arena (Now Matthew's Arena) , the world's oldest Indoor ice hockey facility that's still functional today. Subsequent games have been played in the Boston Garden and more recently the TD Garden where they have played since 1995.

Owned by Delaware North Companies, and affiliated to Providence Bruins and Atlanta Gladiators, the Boston Bruins is presently managed by Don Sweeny and has over the years won 6 Stanley Cups, 4 Conference Championships, 2 Presidents' Trophies and 25 Division Championships.

The Bruins have broken many team scoring records but have still managed to hold on to the best regular season NHL percentage win, winning 38 games out of 44; an 87% win. This record is still standing, thanks to the great players and goalies of all time. The Boston Bruins has been home to classic hockey stars starting with Eddie Shore, they've also produced first class hockey players year after year and season after season, with the exception of the war years

The second world war of 1939 to 1945 that affected many sports teams affected the Boston Bruins too, maybe more than most teams as star players who were enlisted lost the most promising years of their careers at war. All that's history now as the Bruins presently boast of a steady stream of stars anytime any day.

The top numbers on the team's roster include the defense man, center man, goal tender, left wing, right wing, with numbers attached to each player. These players are usually of diverse origins and over the years the Bruins team has been home to players from USA, Sweden, Canada, Slovakia, Finland, Czech Republic and all over the world. Hence it's strength in its array of diversity.

Watching the Bruins play live games is always exhilarating. Its home arena, the TD Garden, can be found at Legends way, downtown of Boston's North Section just a walk from the famous Faneuil hall and North end. Fans have the option of staying at home to watch the game or going to the arena. The arena always wins in the end, as the facility is amazing, with relatively cheap and affordable tickets. The tickets for each game are available for sales online and offline. The Bruins Hub manages the sales of tickets online and there's usually a waiting list for tickets when they are sold out. The Ticketed patrons usually enter the arena via Legends way or through the North Station terminal, Nashua Street. The TD Garden also makes recognizes and makes allowances for people with disabilities and this is usually arranged by early notifications.

There's a Boston Bruins mobile app, available for iPhone and Android, which allows Bruins fans to stay in touch with their team at every point in time. It features a radio broadcast, live game updates, player stats and league standings. It also features an interactive game schedule, where Bruin tickets can be purchased directly from a smart phone. This app is constantly updated with everything Bruins.

To learn more about Boston Bruins tickets, before checking stubhub bruins, as well as other sporting events visiting venues in your area, and to see bruins tonight please visit CheapTicketsASAP.com for all of your sporting event info and ticket needs. We are happy to help make sure you don't miss out on any of the matches you want to attend.

CheapTicketsASAP.com acts as an intermediary between buyers and ticket sellers to facilitate the purchase and sale of Boston Bruins tickets, and as such is not directly involved in the actual ticket sale transaction between the buyers and TICKET SELLERS. All sales are final. As tickets sold through CheapTicketsASAP.com are often obtained through the secondary market and prices are determined by the individual seller, the prices for tickets may be above or below face value. Boston Bruins Tickets sold through CheapTicketsASAP.com are from a third party; therefore, the buyer's name will not be printed on the tickets. Tickets may be sent by email when stated so. Please note that the name on the tickets does not affect the buyer's ability to access the Boston Bruins event. 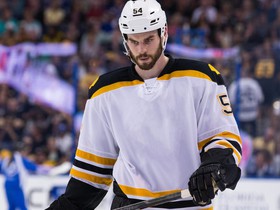