If you've ever heard the classic song "Margaritaville" and longed for the rest and relaxation that drinking a Margarita at a beach resort would bring, then you know why Jimmy Buffett has become such a popular singer around the globe. His signature song, as well as many others in his repertoire, evoke feelings and memories of places and times that are at once relaxing, fun and even slightly melancholy.

Born on December 25 in 1946, James William Buffett grew up in Pascagoula, Mississippi on the Gulf of Mexico. The setting and lifestyle of the Gulf Coast have been an inspiration to him ever since and can be felt in nearly all of the famous songs that he has written in his long career. Lest you think that Mr. Buffett is only a singer / songwriter, his numerous books as well as popular eateries and devotion to environmental causes should convince you otherwise. One of his books, "A Pirate Looks At Fifty" was even a bestseller.

Of course Buffett is more known for his music than anything else and his career began in Nashville, Tennessee as, of all things, a country artist. In 1970 he released his first album, a folk / rock compilation titled Down to Earth. It was in November 1971 that country singer Jerry Jeff Walker took buffet to Key West, at the very tip of Florida, to play at a number of small locations. It wasn't long before buffet had moved there and began to establish the persona for which today he is so well known, that of the laid-back, no cares in the world beach bum.

One of the people who is credited with being his mentors, as well as a very close friend, was popular singer/songwriter Jim Croce. It's believed that some of the more melancholy of Buffett's songs were written after Croce's untimely death in September 1973.

During the 1980s buffet was a very popular artist on the concert scene and in fact made much more money touring then he did from any of his albums. It was during the 80s and 90s that he toured constantly but also, mostly to keep his extremely devoted audience happy, released several albums along the way. It was also at this time that his writing took off as well as one of the things that today makes him the most money, his merchandising. Today you can find his "Margaritaville" retail stores here and there along the East Coast as well as his popular Margaritaville Café. There is also a popular brand of tequila named after his most famous song.

Buffett is quite the environmentalist and has been involved extensively with many environmental groups not only in Florida but also in the Caribbean. Many of the trips that he makes back and forth from the coast of the United States to the Caribbean he does as the licensed pilot of his own light aircraft. Along with the governor of Florida, Bob Graham, Buffett is cofounder of the Save the Manatee Club, a species of mammal that exists along the southeastern coast of the United States.

Showing just how popular he is, there are millions of people around the country known as "parrot heads" as they are devoted to not only Buffett's songs but also his lifestyle, his environmentalism and anything that has to do with a relaxed, Caribbean style party atmosphere. There are even Parrot Head Clubs in many cities in the southeast.

CheapTicketsASAP.com acts as an intermediary between buyers and ticket sellers to facilitate the purchase and sale of Jimmy Buffett tickets, and as such is not directly involved in the actual ticket sale transaction between the buyers and TICKET SELLERS. All sales are final. As tickets sold through CheapTicketsASAP.com are often obtained through the secondary market and prices are determined by the individual seller, the prices for tickets may be above or below face value. Jimmy Buffett Tickets sold through CheapTicketsASAP.com are from a third party; therefore, the buyer's name will not be printed on the tickets. Tickets may be sent by email when stated so. Please note that the name on the tickets does not affect the buyer's ability to access the Jimmy Buffett event. 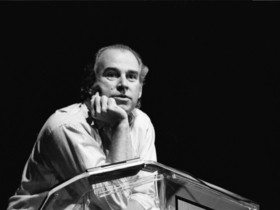